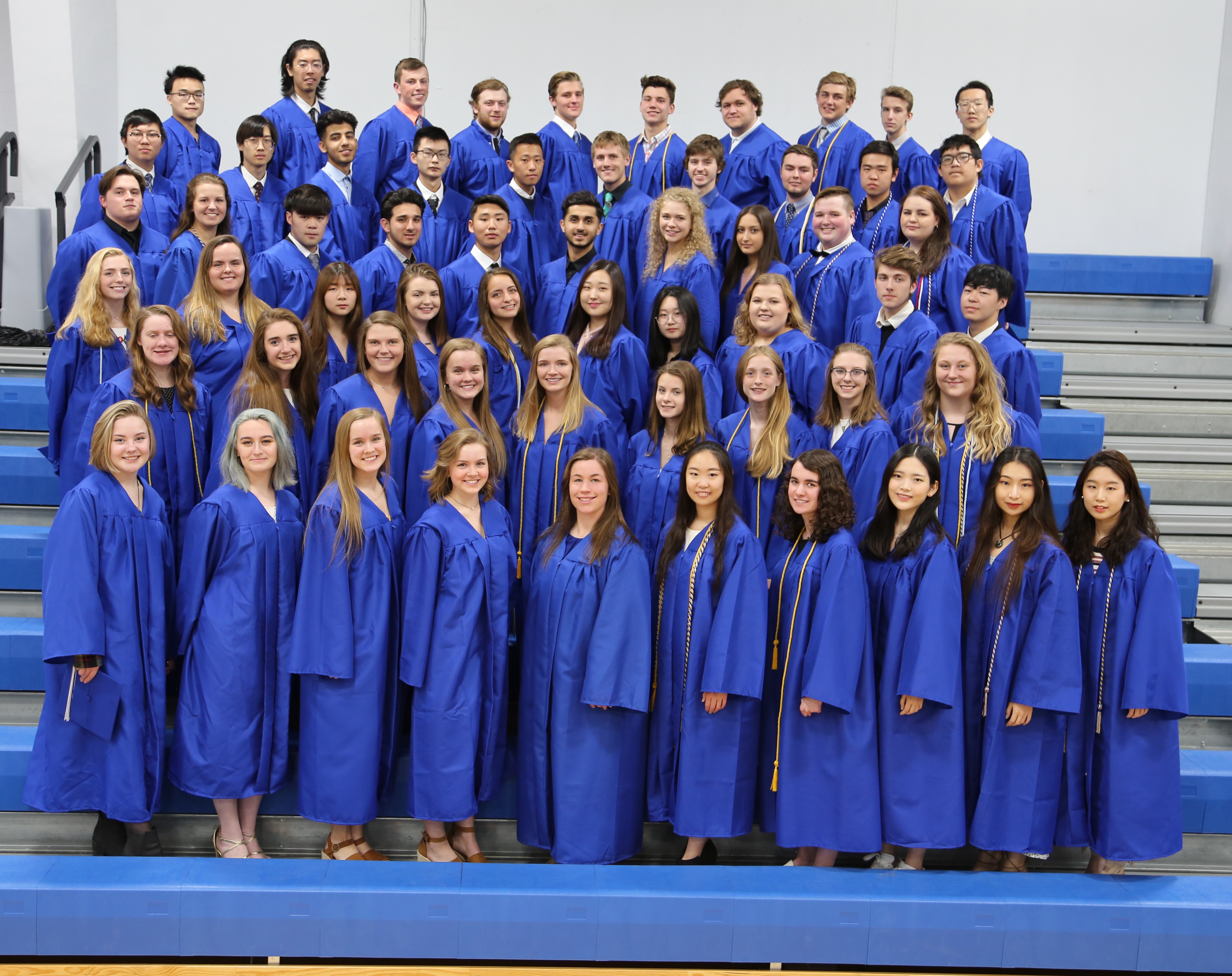 This morning we held our Baccalaureate Mass and celebrated our scholarship and award winners.

The Class of 2019 valedictorian is Choco Li and the salutatorian is Sarah Zhu. Student of the Year is Emily Tullis.

Girl and Boy of the Year for each class were freshmen Ali French and James Greshik, sophomores Hannah Graff and Rob Besek, juniors Viva Graff and Matt Besek, and seniors Coy Pederson and Ellie McRaith.