Cotter High School and Junior High School have a long tradition of outstanding instrumental music ensembles. Each year the bands receive many awards and accolades for their performances. There are several ensembles that students may participate in and all students are welcome and encouraged to participate in the band program.

The Cotter Junior High Band program consists of three ensembles: Concert Band, Marching Band, and Jazz Band. These groups may be found performing year round throughout Winona and as far away as the Twin Cities. In our ensemble classes, students not only learn how to play their instruments and read music, but learn the value of music in our world, how to work as a team, become critical thinkers and listeners, and how to make independent musical decisions. Our ensembles are open to students of all ability levels, whether they have never played an instrument before to those who have been reading music for years. All students receive weekly lessons on their instrument to provide an extra musical challenge, as well as to develop skills in areas that are needed.

Symphonic Band is for students in grades 9-12. Each student receives one credit and each class meets 4 days/week for a full period. The bands perform at many concerts and events during the year. All performances are mandatory and each student is encouraged to participate in the Sub-Section Solo and Ensemble Contests.

Membership in jazz ensemble is by audition. The group meets two to three days a week in the morning before school. Students receive a ¼ of a credit and a grade for the ensemble. Attendance at rehearsals is mandatory. The ensemble performs at several concerts and festivals during the year and attendance at the performances are also mandatory.

Jazz combos are available to any Cotter High School student. The combos meet in the mornings before school. The day of rehearsal depends on which combo the student is in. Combos are an extra-curricular activity, however, all members are expected to participate in all scheduled performances. The combos perform several times during the year usually in conjunction with the jazz ensemble performances.

The pep band is comprised of all students in the Symphonic band. The pep band plays for football and basketball (boys and girls) games during the year. While all performances are required, any band member who is a member of the team for which the pep band is playing would be excused from that performance.

Cotter students participate in several area honor bands during the school year. Membership in an honor band is by recommendation of the band director and being accepted by the organization that sponsors each band.

The parade marching unit is a highly recommended extracurricular organization that practices and performs during the months of June and early July. The band performs in several competitive parades and takes an out-of-state trip each summer. Recent destinations have included Colorado, St. Louis, Chicago, Michigan, Calgary, and Boston.

One event may be missed per year. Playoff games TBA.

Meetings are held the Second Wednesday of the month at 7:00 pm, in room 210 by Mr. Meurer's office- 2nd floor St. Cecilia Theatre. Enter through the Theatre Lobby doors, and head upstairs!  See you there!

The Band Boosters offer various fundraisers throughout the school year to support the costs of the band program. Students can earn credit toward the cost of the summer band trip through individual sales. Group fundraising events will support the program as a whole and are used for uniforms, equipment, and to help offset trip expenses. We greatly encourage you to attend our meetings, and make your opinion heard!

Cotter High School and Junior High School have an excellent choir program with multiple options for choir involvement for students grades 7 through 12. Options include participation in two choirs, show choirs, music listening team and performances in musical theater. All students are welcome and encouraged to participate in the choir program.

Concert Choir is for students grades 9 through 12. Each student receives 1 credit, and each class meets four days per week for a full class period. The choir performs at many concerts and events during the school year. Additional opportunities for choral performance include large group music contest and solo-ensemble music contest. Singers are required to have an individual lesson once per week.

Show Choir participation is for 9th through 12th grade choir students, by audition only. The show choir performs at several concerts and events during the school year.

Our choir students are recognized each with invitations to select honor choirs. They can also earn All-Conference and All-State honors. Read all about our students accomplishments in our Cotter news!

This volunteer parent/family group supports choral students, choir and small ensemble singing activities, and fundraisers, like the "Go Green," throughout the school year. Everyone is welcome at meetings, and everyone is welcome to join! Become a part of the support for our choir students and director. Contact Cathy Snyder for further information. 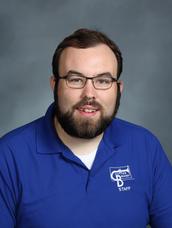 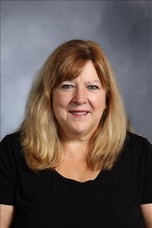